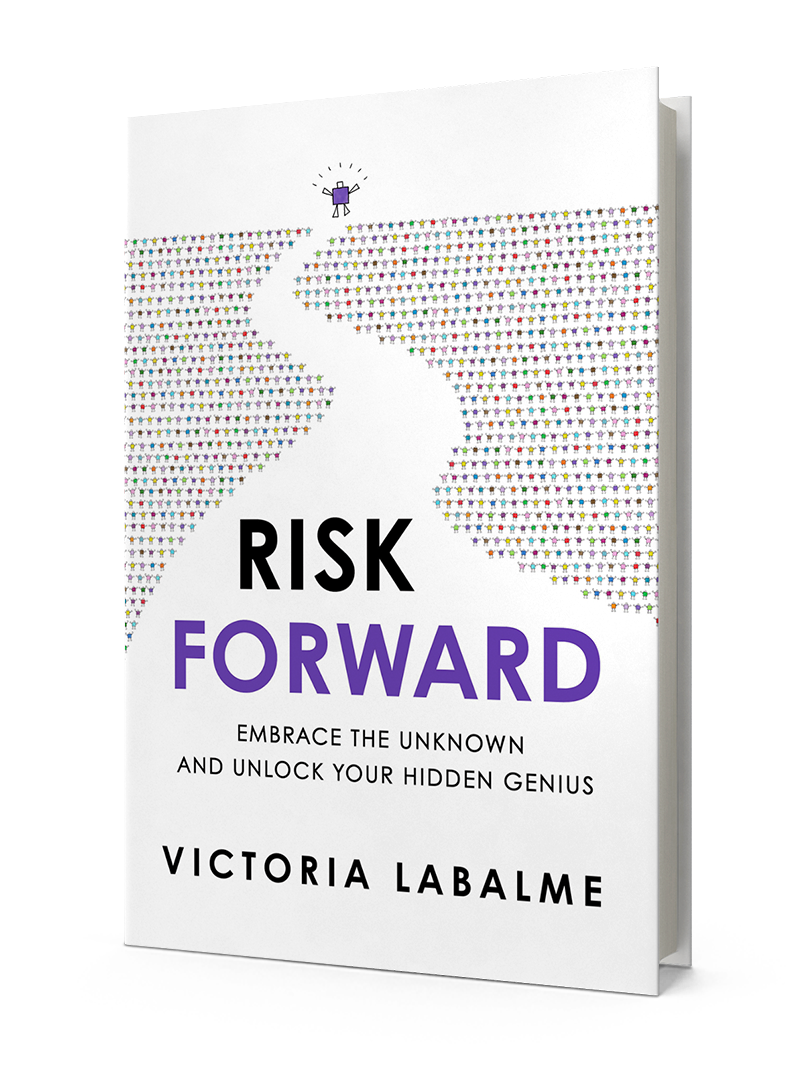 —Victoria Labalme
If you're struggling to figure out your next steps on a project, plan or path...
If you sense there’s something more but you're not yet sure what it is...
If you wish you had more courage to try something new...
Risk Forward will help you find your way.
In this brief, easy-to-read, full color book “experience”, Victoria shares a series of strategies that are reassuring and radically freeing.

RISK FORWARD IS FOR Anyone WHO IS...
Pre-Order Now
WHAT PEOPLE SAY ABOUT RISK FORWARD ...

“I knew RISK FORWARD was terrific when I found myself, by page 10, taking notes and applying them to my own current creative chaos...and Victoria's wisdom worked! RISK FORWARD is the indispensable guide for all of us when we freak out at the inception of a new project. Have you got a mini-shelf of go-to books? Add Victoria Labalme's RISK FORWARD to it right now. I did."
—Steven Pressfield, NY Times Bestselling Author of The War of Art

"Like the best businesses and leaders, RISK FORWARD breaks the mold. It’s an essential guide for anyone who wants to challenge the norm and go beyond what's been done before. Victoria Labalme’s creative graphics, candid style, and ultra-motivating message make this book impossible to put down. Buy more than one—you’ll be passing your copy along to a friend!
—Ken Blanchard, coauthor of The New One Minute Manager® and Leading at a Higher Level

“These pages brought literal tears to my eyes for their truth, my experience of that truth, and the beautiful way in which they are being expressed.”
—Hillary Z. Bradley, Artist / Painter

"Whether you are just starting out, in the middle of your career, or a seasoned senior executive, RISK FORWARD has something for you. As I read each page I felt as if Victoria Labalme had been looking over my shoulder my entire career. She describes, in a compelling and direct way, how to deal with fear, doubts in your head, and the unknown. These are the things we face in our lives every day. The things they don’t teach in business schools. This book should be the official guidebook for your career. I will be giving it to my wife, both of my daughters as well as many of my friends and associates."
—Geoff Cottrill, Co-Founder of Marvin Media, and former CMO at Converse and Coca-Cola

"An essential, practical manual that helps one meet any moment. 3x this week alone I have applied these principles with my team. RISK FORWARD is so efficient that it will remain on my desk and in my work bag always.
My daughter is one and a half and I already want her to read it."
—Journey Gunderson, Executive Director, National Comedy Center

“If Picasso and Apple produced a book - this would be it!!!"
—Vince Poscente, Olympian & New York Times Bestselling Author

“How can a small book with such profound and audacious ideas have such a delightful spirit? Victoria Labalme’s RISK FORWARD is a gift. It shows us how to defy the noise and think in a new way. I love this book. We need this book.”
—Frank Oz, Director, Performer

“Exquisite, whimsical and thought provoking. Beautifully written, filled with artistry and easy to read, Risk Forward had me asking myself profound questions.”

when you pre-order risk forward BY APRIL 1,
you'll get instant access to...
5 exclusive bonuses 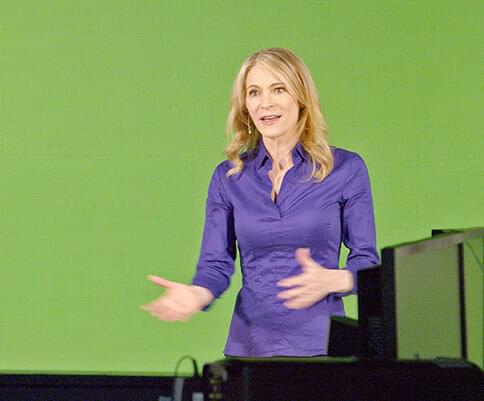 BONUS 1
Live Virtual Gathering with Victoria
Join Victoria for a special Book Team Gathering on Tuesday, March 30.
In this inspiring 1 hour live zoom experience, you will: 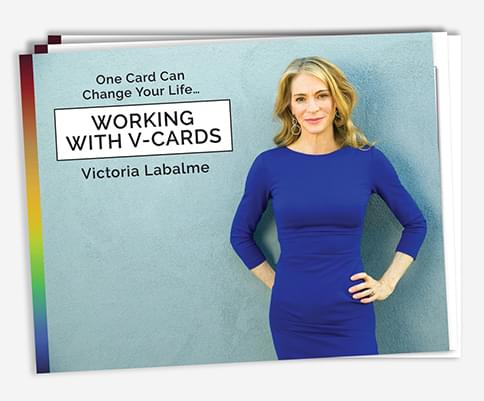 bonus 2
RISK FORWARD®: The V-Card System
Feeling stuck on a project, presentation or plan? Victoria’s V-Card system will give you a simple, immediately applicable strategy to save time, move into action and gain clarity. 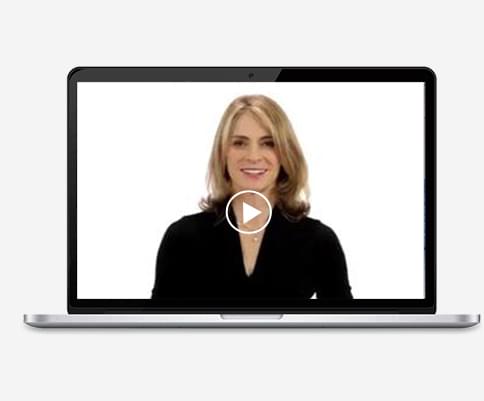 bonus 3
HELP OTHERS RISK FORWARD®:
3-Part Listening Workshop
Your listening skills directly impact your relationships and how others perceive YOU. This video workshop, which Victoria filmed a number of years ago, is a classic. You’ll learn Victoria's “3V” listening strategies. 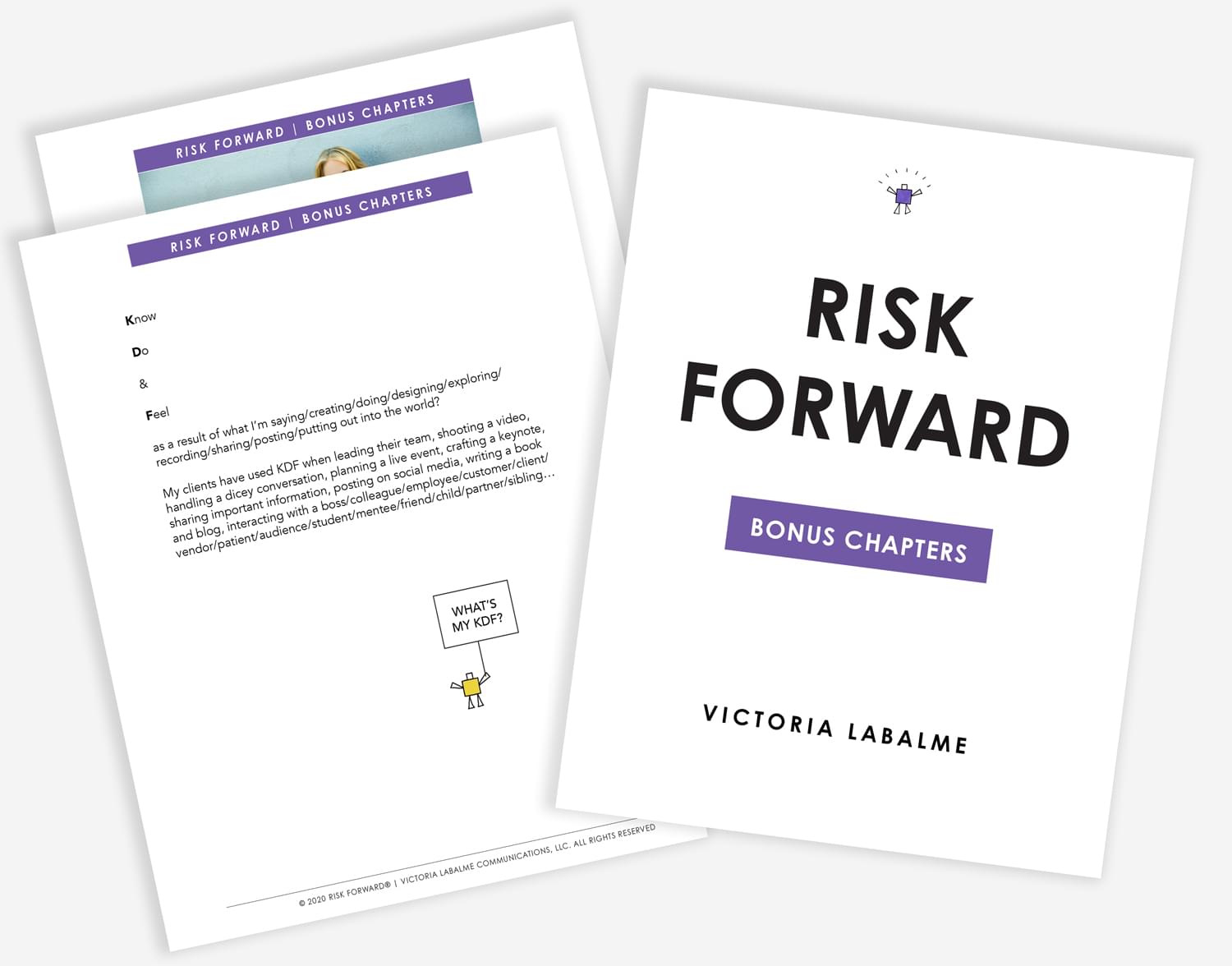 bonus 4
RISK FORWARD® BONUS CHAPTERS
Be the first to see some of Victoria’s favorite chapters that she LOVED, but which didn’t quite fit in the book. So special and so good!! 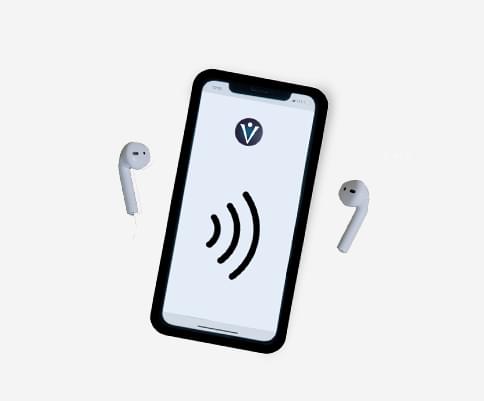 bonus 5
Risk Forward & Rock It Quick start Audio Series
If you want to Risk Forward and Rock It in any kind of meeting or presentation, this short, fun, 6-part audio series will help you stand out from the pack...even if you’re shy or an introvert! 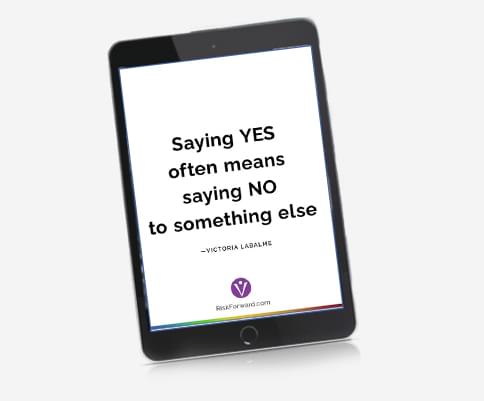 bonus 5
RISK FORWARD® MINI ART - Downloadable Quote Cards
These lovely downloadable quote cards are wonderful reminders that will lift you when you need it most. Use them as wallpaper for your phone or computer, post on social media to motivate friends and followers, or print and place on your fridge, mirror or desk area wall. All art created by Victoria for YOU!
Total BONUS Value Over $250
Available until April 1st at 11:59pm PT.
countdown
00 Years 00 Months 00 Weeks 00 Days 00 Hours 00 Minutes 00 Seconds
Pre-Order Now
PRE-ORDER NOW + CLAIM YOUR BONUSES
BY COMPLETING STEPS 1 & 2 ON THIS PAGE
step 1
International? Click Here
USA? Click your preferred retailer below and pre-order your hardcover copy of Risk Forward. 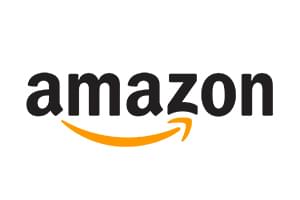 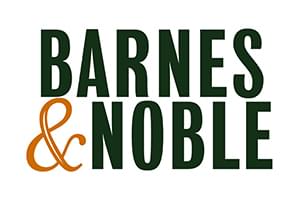 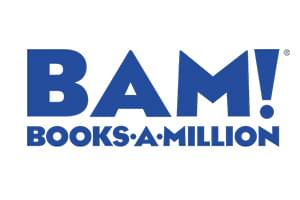 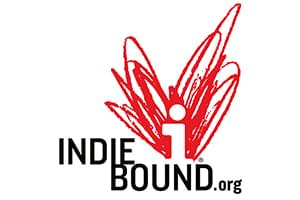 For orders of 10 copies, extra bonuses are available. Click here to learn more.
For bulk orders over 10 copies, contact us at bookteam@victorialabalme.com.
step 2
Complete the form below to get instant access to your bonuses. 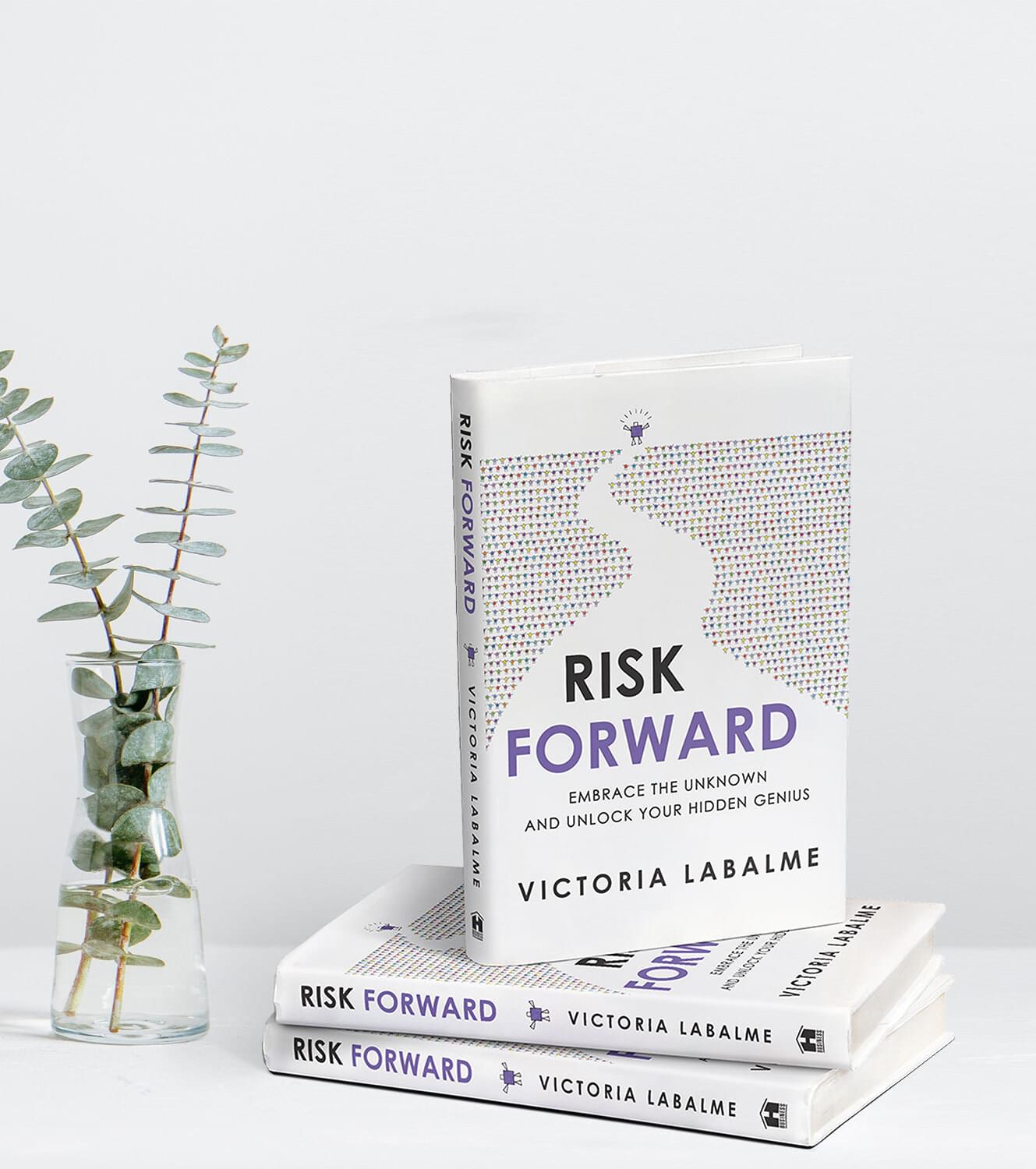 about RISK FORWARD
Through these uniquely designed, whimsical and thought-provoking pages, you’ll learn:

“Not only did Victoria energize and inspire our PayPal team, but her techniques from the performing arts helped us perform at the highest levels.”
—Hill Ferguson,
Chief Product Officer, PayPal

“A creative tour-de-force who knows exactly what it takes to shine. With her guidance, you will be brilliant."
—Kris Carr, NY Times Best Selling Author, Oprah's SuperSoul Session

about VICTORIA
Victoria Labalme helps people perform at their highest levels in work, onstage, on camera, and in life. Her unconventional approach offers a surprising blend of art and business.
As a member of the Speaker Hall of Fame, Victoria is known for her Keynote Performances and workshops around the world. Her proprietary systems and strategies have been embraced by hundreds of thousands of people:
Entrepreneurs, artists, consultants, advisers, professors, scientists, executives and more than 700 organizations including top team members at Starbucks, Microsoft, Intel, Verizon, Coca-Cola, Cisco, Oracle, Chase, Lowe’s, L’Oreal, PayPal, American Heart Association, MetLife, Blue Cross Blue Shield, the World Bank, universities, cultural institutions, and not-for-profits.
Victoria has been the trusted consultant to C-suite executives, leading entrepreneurs, artists, and New York Times best-selling authors. She has coached hundreds of elite individuals for high-stakes presentations including keynotes, live streams, PBS Specials, Oprah’s SuperSoul Session, and arena events.
Her films, performances and theater projects have received critical acclaim from The Hollywood Reporter, The New York Times, Variety, BBC, CBS, Los Angeles Times, and Good Morning America.
Victoria is the founder of Risk Forward® and a full suite of products designed to help individuals and organizations uncover their original ideas and express them with the unexpected twist that distinguishes their work. 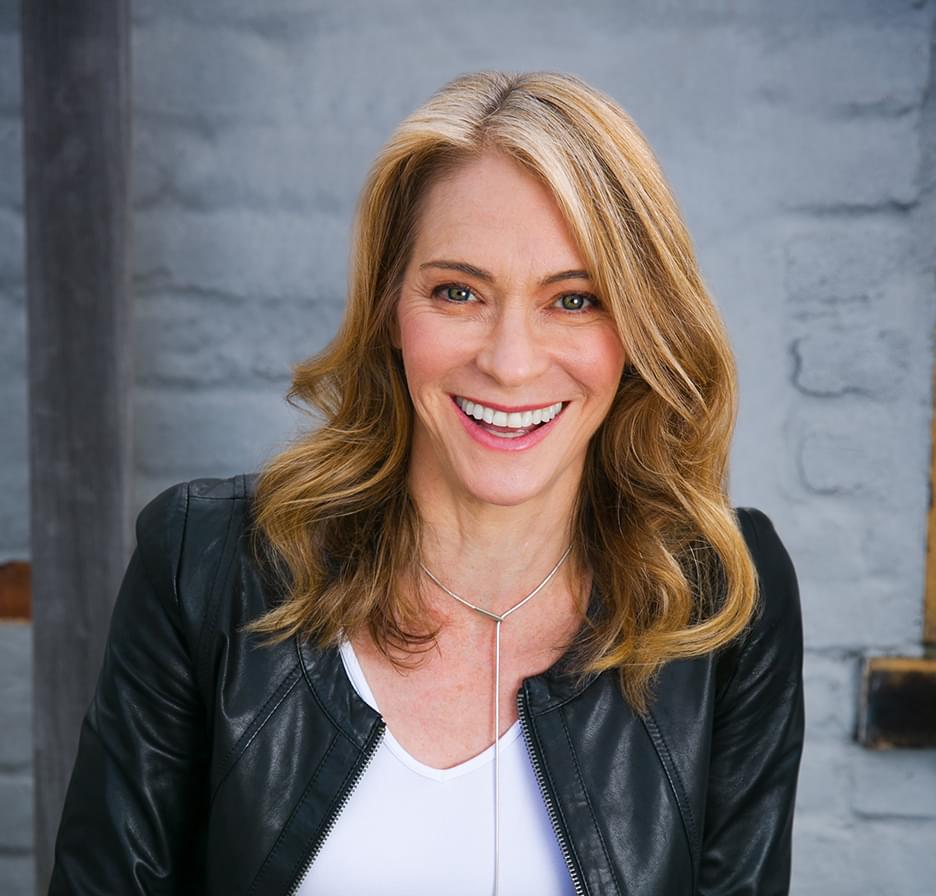